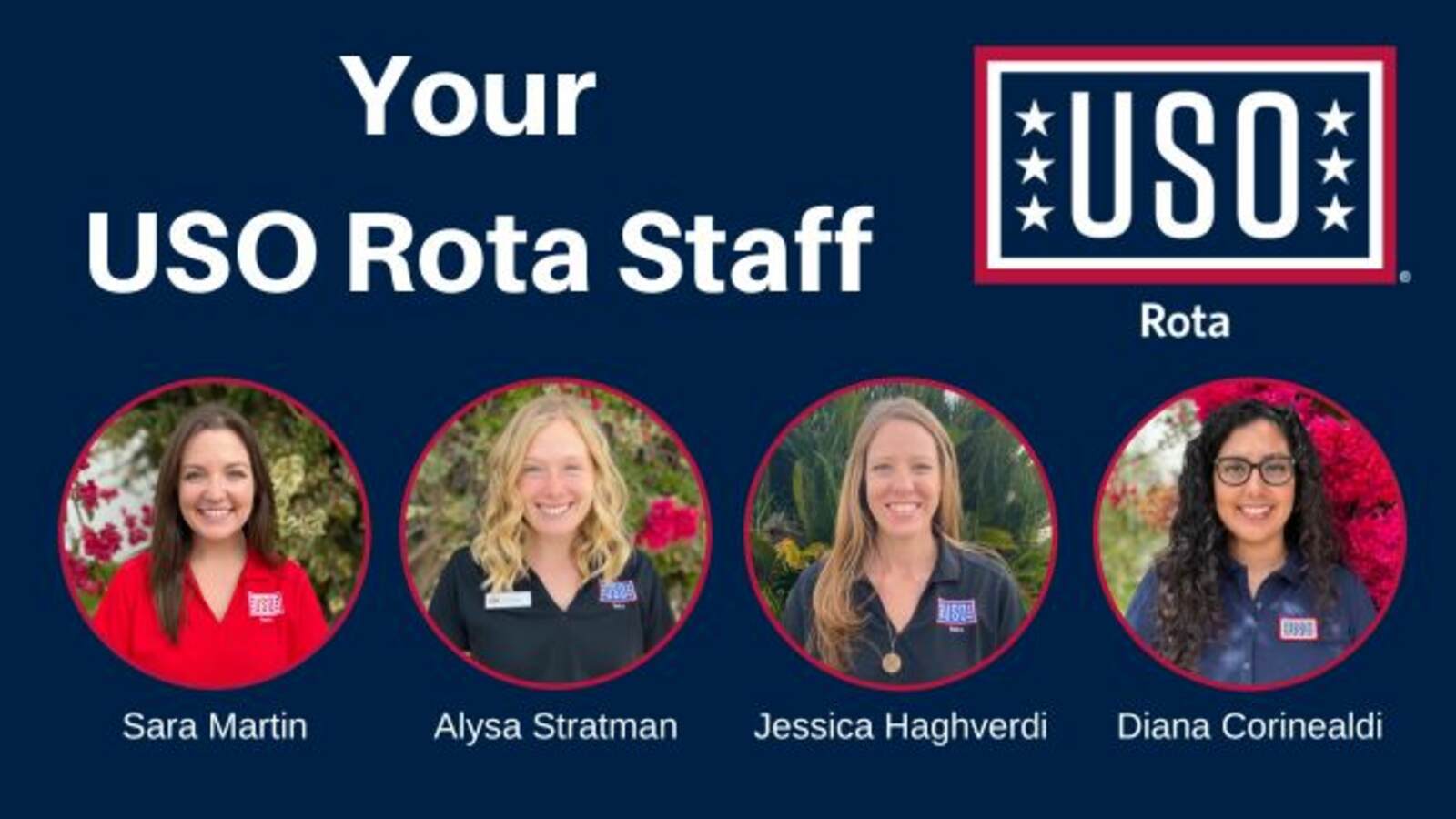 Kayla has been with the USO since May 2019. She grew up in Cincinnati, Ohio and graduated with a Bachelor’s in Marketing from Miami University and a Master’s in Business Administration from Indiana University. She has spent the last decade working with the military, primarily in the nonprofit sector, in both recruiting and recreational programming. She enjoys traveling, hiking, and spending time with her husband and pups.

Alysa is a military spouse and comes to us from Hawaii. She previously served as the Volunteer and Outreach Coordinator for the Hawaiian Humane Society, where she managed a staff, team of volunteers, and multiple large programs. She even helped lead and facilitate a Youth Council there as well! Alysa and her husband have two beautiful Australian Shepherds and enjoy traveling and outdoor activities.

Laura started working at USO Rota in September, 2021 put she had been a volunteer with us since March of this year and already served over 100 hours. Prior to the USO, Laura served as the President of the Guam Naval Officers Spouses Connection group, where she organized large scale fundraising events, which actually provided funds to both the USO as well as the local population in need in Guam. Laura has a husband and three kids, and she considers herself a big foodie and loves all things outdoors.

Justin started working at USO Rota in January 2022. Justin recently transitioned out of the Army from Vicenza, Italy. He served as a 12B Combat Engineer and Paratrooper for six years with the 173rd IBCT (Infantry Brigade Combat Team). Justin moved to Rota back in August of this year with his wife, Nina, and dog, Luna, and he enjoys both photography and fitness.